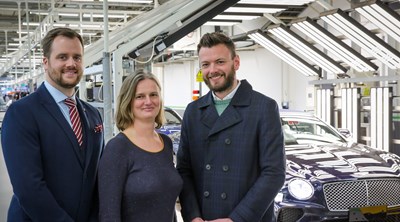 (Crewe, 11 March 2020) The Bentley Communications team has recently  welcomed a new member to its ranks as well as promoting two long serving members of the team.

Jenny Elliot moves to the role of Press Officer – UK, now Bentley’s first point of contact for UK media. Jenny joined Bentley in 2003, carrying out a number of different roles within the core Communications team. Most recently, Jenny has been in charge of coordinating media visits to the Bentley factory in Crewe and in all has been at Bentley for over 18 years.Her husband also works for the company and has had a number of classic cars.Most recently, a Volkswagen Corrado VR6 which sadly Jenny made him sell.It was a Storm, too.But she asks this not be held against her.

Greg Drury joins the Communications team as Digital & Social Media Manager, moving within Bentley from the Manufacturing Engineering team where he fulfilled a managerial position for six years. Greg worked as an engineer at Airbus in Europe and the UK before joining Bentley Motors. Greg likes his motorcycles and recently restored a 1981 CB650. It lives in his dining room. Yet surprisingly his girlfriend said yes when Greg proposed a few months ago.

Contact details for Mike, Jenny and Greg are as follows: 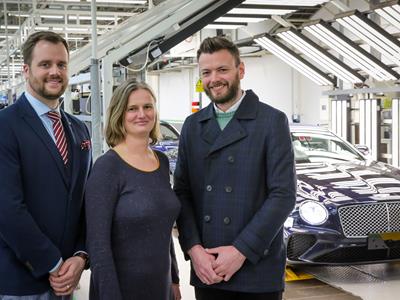