(Crewe, 7 October, 2021) With the Automotive 30% Club Inspiring Automotive Women Awards now in their third year, Bentley is delighted that Electrical Systems Engineer, Lindsey Tough has been identified as one of this year’s 30 award winners.

The Automotive 30% club recognises and champions female talent in the automotive sector and is committed to changing outdated perceptions of the industry. The awards aim to acknowledge hard work and achievement across all levels of the business, at the same time as shining a light on the wide-range of opportunities available to women across the industry.

Award winner, Lindsey joined Bentley in 2014, having previously worked as an Electrical Engineer in the water industry.  She initially worked on mechatronics projects such as the aircraft-style seats on the Mulsanne and the “Flying B” mechanism, as well as the deployable rear seat picnic tables in the Flying Spur.  She has played an instrumental role in driving change by improving processes and designs in her own department, including the introduction of four new electrical control units (ECUs). When she returns from maternity leave in early 2022, she will be part of the Systems Engineering team working on the next generation of electrified Bentley models.

Dr. Karen Lange, Bentley’s Member of the Board for Human Resources, commented:

“As part of our Beyond100 strategy, we’re working towards a target of 30 per cent diverse candidates in management roles by 2025. Enhancing the visibility and appreciation of our female colleagues is an important part of this strategy and I’m delighted to see Lindsey recognised in this way.”

“Lindsey is a tenacious and talented Electrical Engineer who is full of conviction and is constantly looking for improvements. Not only is she a role model who is inspiring other female colleagues to progress and develop their skills, she also inspires everyone around her to develop a stronger gender balance and an inclusive culture.”

“This recognition came as a surprise to me, but the timing is fantastic as I now feel personally inspired to achieve even more. I’ve benefitted from gaining a wide-range of experience during my time at Bentley, which is really important, because it’s much easier to inspire others when you are enjoying your role and what you are doing.”

Bentley Motors is committed to creating an inclusive environment that is accessible to all talent, regardless of their gender, background or ability. Recognising the fundamental importance of diversity and inclusion, earlier this year the company set out a five-step strategy to accelerate its progress. This was linked to the reveal of the Unifying Spur that embodies the diverse power inclusivity holds and has helped to drive this message across the globe.

Bringing female colleagues who inspire into the spotlight is an integral part of this strategy to develop and attract more women into the business, with a  target of 30 per cent diversity in leadership by 2025. 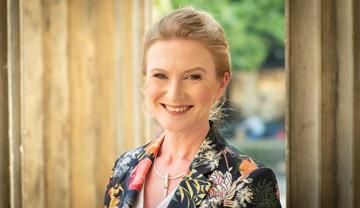 BENTLEY ANNOUNCES BOARD OF MANAGEMENT CHANGES 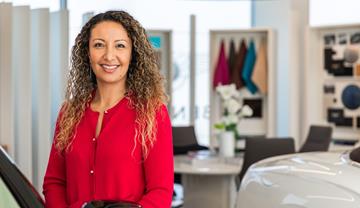 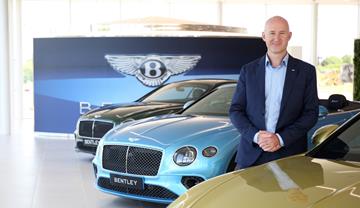