23 May 2017, Crewe – Bentley Motorsport will return to Nürburgring 24 Hours for the third consecutive year this week as it aims for podium success with its three Continental GT3s. Working with European racing partners Bentley Team ABT, a division of well-known ABT Sportsline, Bentley is aiming for its strongest performance at the legendary “Green Hell”.

To signal the team’s participation in one of the world’s greatest racing events, Bentley is unveiling the Continental 24 – a limited edition series of 24 bespoke models for Europe based on the Continental Supersports.

Extensive preparations have been made for the race, in which cars from the top automotive manufacturers compete in gruelling conditions for one of the most sought-after accolades in motorsport. Bentley Team ABT has competed in three races at the Nürburgring in 2017, consistently performing well. In the second VLN race of the season, the team took Bentley’s highest ever result on the infamous Nordschleife with a second place finish, proving effective groundwork for the main event.

With sights set on another Nürburgring podium, the Crewe-based Bentley Motorsport team will support the Bentley Team ABT entries. The three cars will all run on Yokohama tyres and the iconic Deutsche Post liveries of 2016 will be joined by a red-themed car of a similar design, sponsored by Magna.

“Winning this race is the equivalent of holding up a World Cup trophy” commented Bentley’s Director of Motorsport, Brian Gush. “It confirms that you engineer and manufacture extremely durable and reliable cars that have precision handling and exceptional performance.

“We know we have the car and engineering expertise to do well. We have pulled together the best individuals from across our teams in the UK and Germany and we are confident that, if all goes to plan, we can fight for a podium position.

“While the race presents a significant challenge, we are focused, meticulously prepared and determined to get a front-running result.”

ABT Sportsline director Hans-Jürgen Abt said: “We’re tackling the Nordschleife project with full concentration and respect, as well as eager anticipation. Bentley is a brand with a great tradition – we very much look forward to jointly tackling this great motorsport challenge again. No predictions are possible for the iconic Eifel race but we’re going to leave no stone unturned to be as perfectly prepared as possible with our team and our drivers.”

To mark Bentley’s participation in the ADAC Zurich 24-Hour Race at the Nürburgring, a limited edition series of “Continental 24” coupés has been commissioned specifically for the European market. Utilising the fastest Bentley ever - the 700 bhp, 1000 Nm Continental Supersports – as its foundation, the Continental 24 features a wealth of interior and exterior design cues that reflect the car’s motorsport themes.

Taking inspiration from the paintwork of the Bentley Team ABT Continental GT3 race cars that will contest this year’s Nürburgring 24-hour race, the Continental 24 is available in a unique duotone paint combination of Monaco Yellow over Black Crystal. A second option of St James’ Red over Black Crystal provides an equally-striking alternative, while a single-tone exterior is available as a no-cost option. Black 21” lightweight forged wheels can be finished with yellow or red accents to match the paintwork. The sporting exterior look is finished with the fitment as standard of carbon fibre door mirrors, black brake calipers and all-black exterior brightware.

The 6.0-litre twin-turbo W12 soundtrack is bolstered by the Supersports’ titanium exhaust system, while the engine itself is finished with a gloss carbon fibre cover.

The interior is similarly race-themed, replete with fascias, door panels and individually-numbered treadplates finished in carbon fibre. The diamond-quilting to all four seats is in Alcantara, while an accent colour theme to match the exterior paint highlights the curves of the cabin. The headrests feature a unique emblem, while “Continental 24” inlays are fitted to the fascias

Bentley’s mighty W12 engine, redeveloped for the Supersports with new high-performance turbos and engine hardware, and a torque vectoring system create a Continental as agile as it is powerful. As well as offering supercar pace and a highly focused driving experience, there is no compromise in the refined nature of the Continental’s ride quality. 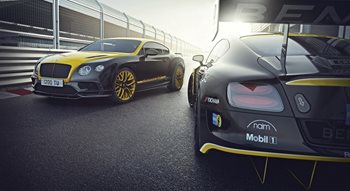 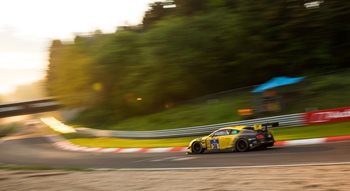 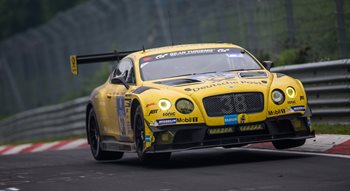 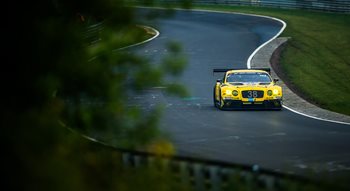 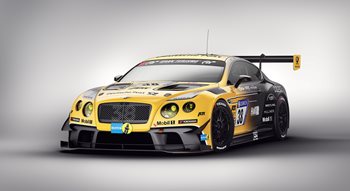 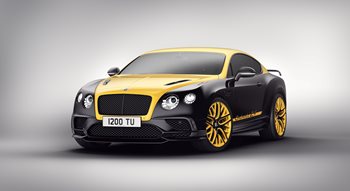 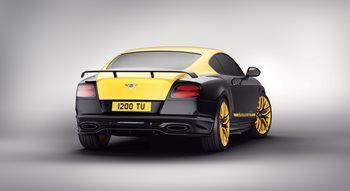 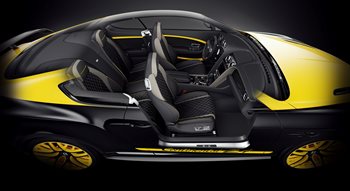 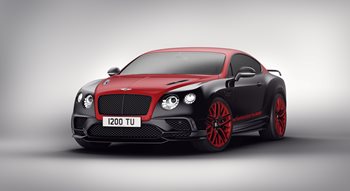 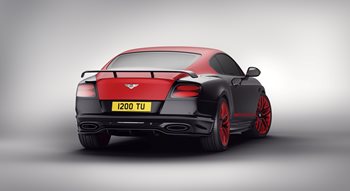 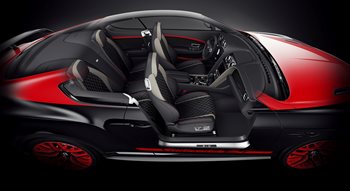 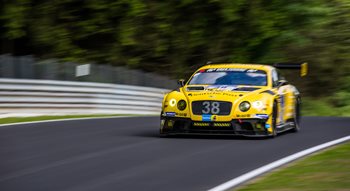 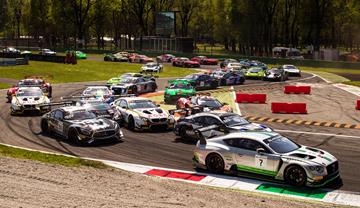 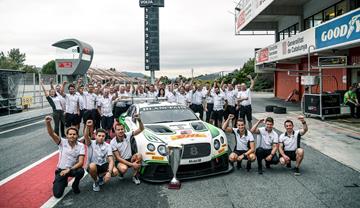