(Crewe, 18 January 2018) Bentley Motors will compete in the Pikes Peak International Hill Climb for the first time on 24th June 2018 with the award-winning Bentayga.

The 600 bhp, W12-powered Bentayga will tackle the famous 12.42-mile Colorado Springs hill climb with record-breaking ambitions, aiming to navigate the 156 corners of ascending asphalt quicker than any SUV before.

A car is being prepared for the competition by Bentley’s motorsport department at the company’s headquarters in Crewe, England. Leading the project is Bentley’s Director of Motorsport, Brian Gush, who comments:

“Since its launch, the Bentayga has set the luxury SUV benchmark with its unique combination of bespoke British craftsmanship, performance and grand touring ability. We hope to set another benchmark at the 2018 Pikes Peak International Hill Climb by conquering the most demanding mountain road course in the world.”

Details about the project, including the driver, will be announced in due course. More information about the Pikes Peak International Hill Climb can be found at http://ppihc.org/fans/. 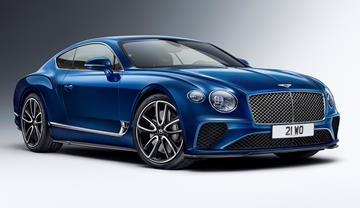