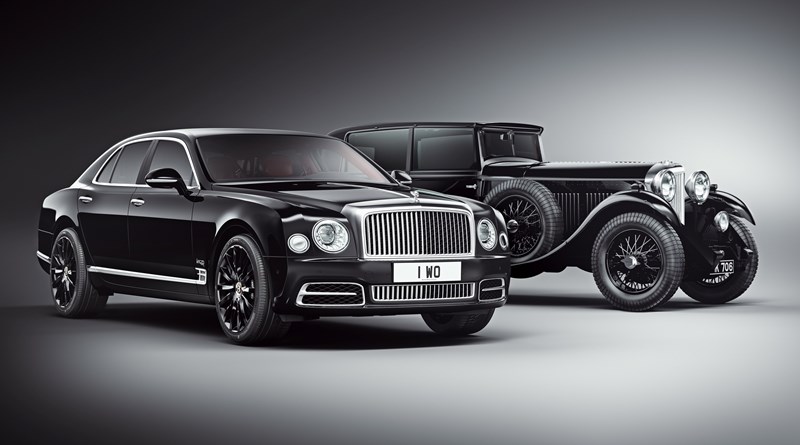 (Crewe, 09 April 2019) Bentley is celebrating its centenary year with an exquisite range of luxury cars at Auto Shanghai 2019.

The Mulsanne W.O. Edition by Mulliner will make its Chinese debut alongside the 8 Litre once owned by Bentley’s founder himself. Bringing the brand story up to date, the all-new Bentayga Hybrid and Continental GT and GTC models will also be on show.

The Mulsanne W.O Edition by Mulliner pays homage to W.O. Bentley – the founding father of the company. His own personal 8 Litre model – the last car he designed for Bentley in 1930 – will also be on display on the Bentley stand at the Shanghai event, which starts on 16 April.

Alongside this historic vehicle is the pioneering, all-new Bentayga Hybrid – the go-anywhere SUV that represents Bentley’s first step towards electrification. The world’s first luxury hybrid model combines an advanced electric motor with a new V6 petrol engine, and is Bentley’s most efficient model ever.

The all-new Continental GT and GT Convertible will also be making their first appearance at the Auto Shanghai show. The third generation models are the definitive Grand Tourers and have been designed, engineered and handcrafted in Britain. Each combines a bold, sculptured exterior design with an innovative, stylish interior and is the ultimate statement of luxury.

Bentley Motors demonstrates the beauty of bespoke with a new, limited edition Mulsanne that will be on view in China for the first time.

The Mulsanne W.O. Edition by Mulliner pays homage to the founding father of the company and incorporates a genuine piece of Bentley history inside every car. A slice of crankshaft taken from W.O. Bentley’s personal 8 Litre model is beautifully displayed inside each of these 100 very special Mulsannes.

Designed to mark Bentley’s centenary milestone this year, the W.O. Edition can be specified on any of the three-model Mulsanne range (Signature and Extended Wheelbase only in China).

Key features on every W.O. Edition include a colour split interior cut from Heritage Hide, elegant body-coloured wheels and a handcrafted cocktail cabinet in the rear, featuring the unique slice of crankshaft set into the armrest.

The 8 Litre on display on the Bentley stand in Shanghai is the car that inspired the new W.O. Edition by Mulliner. It was described as W.O. Bentley’s finest Grand Tourer when launched in 1930 and featured a saloon body crafted by H.J. Mulliner.

The most powerful and luxurious Bentley of the era, the car, originally registered GK 706, featured a 7,983cc straight-six engine that was remarkably powerful.

W.O. famously said of the 8 Litre: “I have always wanted to produce a dead silent 100-mph car, and now I think we have done it.”

Bentley’s founding father was forced to sell his own 8 Litre car in 1931 but it was bought back by Bentley Motors in 2006 and underwent a painstaking restoration. It is now one of the major attractions in the Bentley Motors Lineage Exhibition, situated at company headquarters in Crewe, England.

On the stand at Shanghai, making its China debut, is the Bentayga Hybrid. The world’s first luxury hybrid offers a serene driving experience and is Bentley’s first step towards full electrification.

Offering the best of both worlds, the new plug-in hybrid combines an advanced electric motor with a powerful and efficient, new-generation V6 petrol engine. The Bentayga Hybrid is the company’s most efficient model ever with CO2 emissions of 75 g/km combined (NEDC).

With an electric-only range of over 50 km (NEDC), the new Hybrid can be fully charged at home in just 2.5 hours. It feels and rides like a true Bentley, providing the refinement, effortless performance and sublimely tranquil cabin for which the luxury British brand is famed.

The interior of the new Continental GT showcases Bentley’s unrivalled expertise in the authentic use of materials, from the highest-quality natural leathers, to rare, sustainably sourced veneers – including Koa, Bentley’s newest veneer – and hand-polished chrome details.

A notable feature is the revolutionary Bentley Rotating Display. The 12.3” touchscreen is housed in a three-sided unit, which revolves at the touch of a button. It changes from an exquisite veneer frontage to reveal the advanced touchscreen, or three elegant analogue dials.

The all-new Continental GT Convertible is beautiful roof up, or down. The finely tailored roof – available in contemporary tweed for the first time - sweeps open in 19 seconds to reveal a luxurious, handcrafted interior.

July 10, 2019 marks Bentley’s 100th year - an extraordinary milestone achieved by only a few companies. To celebrate the occasion, a year-long series of special activities has been planned, with celebrations at events around the world.

They will showcase Bentley’s motoring evolution over the last 100 years, highlighting its global success today and the exciting future ahead – all thanks to one man’s determination and drive for innovation. 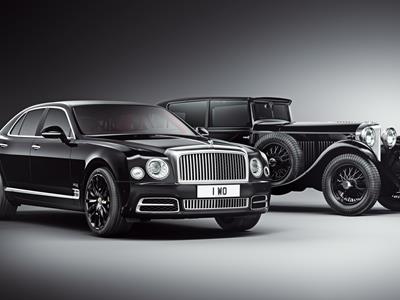 Mulsanne WO Edition and 8-Litre HERO.jpg 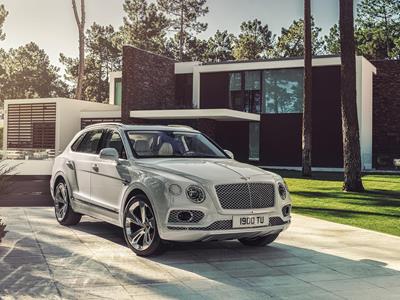 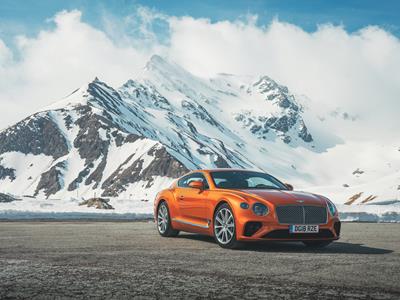 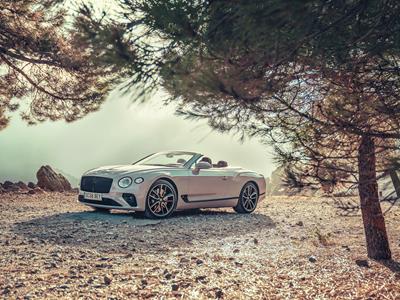