The 8 Litre was both W.O. Bentley’s finest grand tourer and the last car he designed for Bentley Motors. Launched in 1930, it was the largest and most luxurious Bentley of the ‘Cricklewood’ era. Unfortunately its launch coincided with the worldwide depression caused by the Wall Street Crash of 1929, so demand slowed to a trickle. At the time Bentley Motors was also in financial difficulty, leading to a change of ownership for the company. As a result, only 100 examples of the 8 Litre were built between 1930 and 1932.

Despite dominating Le Mans and Brooklands with its fast, exhilarating grand tourers Bentley was also under constant pressure from its wealthy clientele to build large, imposing ‘town carriages’ to rival those of Rolls-Royce. W.O. Bentley himself was also fascinated by the challenge of creating ever faster and more refined machines.

At the time of the 8 Litre’s launch, W.O. was quoted as saying, “I have always wanted to produce a dead silent 100mph car, and now I think that we have done it.” The company guaranteed that the 8 Litre would be more than capable of 100mph regardless of the chosen coachwork, such was the power and torque of the 7,983cc, straight-6 engine.

The bigger engine swept volume was achieved by adding 10mm to the bore of the 6½ Litre; porting was reversed bringing the carburettors to the driver’s side, and the exhaust and distributor to the left. Long wheelbases accommodated the formal coachwork clients wanted and, forsaking Bentley’s riveted construction, the chassis frame was bolted together.

In an effort to supply beam strength, cantilever struts and rods were added underneath. The gearbox was the quiet F-type with a casing split down the centre and stiffer shafts. Gone was the sturdy radiator with its characteristic mesh stoneguard; in its place was a tall chrome outer one, with a separate core bolted to the shell, and thermostatically controlled shutters. Chassis price was carefully pitched within £50 of a Rolls-Royce Phantom II, and when The Autocar tested WO’s own HJ Mulliner saloon GK 706 it was pronounced, “Motoring in its Very Highest Form… on performance alone it stands right in the forefront as an equal, at least, of any other car in existence.” In December 1930, The Autocar recorded a ½ mile terminal speed of 101.12mph in a Bentley 8 Litre. Only one other car recorded a higher speed between then and 1939.

In 2006 W.O. Bentley’s personal 8 Litre was acquired by Bentley Motors and sympathetically restored, preserving much of the original patina. It has since become a symbolic ‘company car’ for successive Bentley CEOs, preserving a tradition that dates back to the company’s founder. 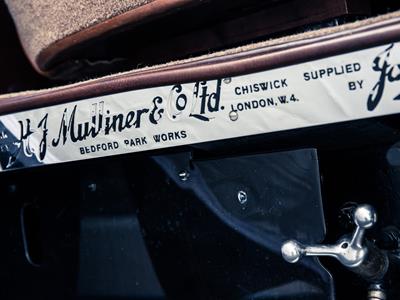 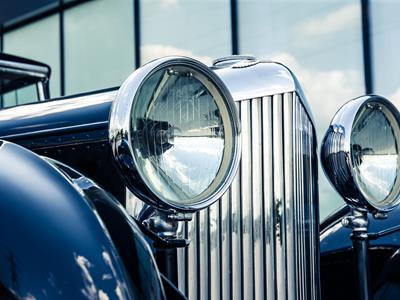 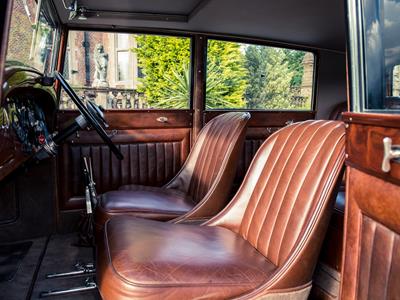 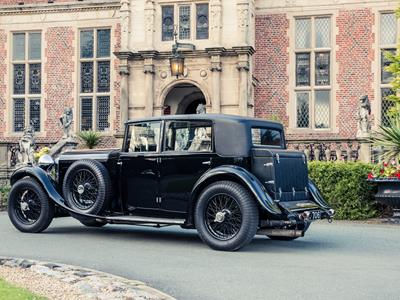 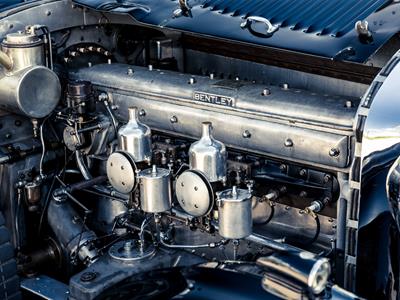 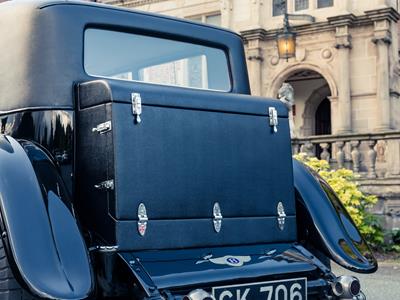 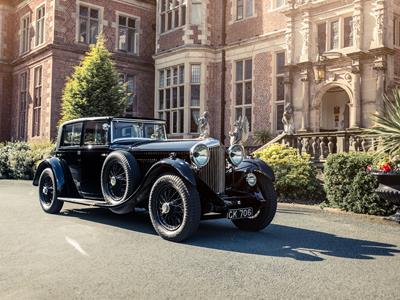