BREITLING FOR BENTLEY INTRODUCES THE SUPERSPORTS B55

(Crewe, 16 January 2017) Bentley and Breitling are introducing a striking new chronograph – the Breitling for Bentley Supersports B55 – to celebrate the launch of the new Continental Supersports: the fastest Continental ever made.

The new Continental Supersports develops a mighty 710 PS (700 bhp) and 1,017 Nm (750 lb.ft.) of torque, and features unique exterior and interior styling cues. These bespoke design elements have influenced the look of the Breitling for Bentley Supersports B55.

A titanium case – inspired by the titanium exhaust option available on the  Continental Supersports – provides a tactile reminder of the landmark car’s performance credentials. The lightweight case frames a dial in carbonfibre, a material featured strongly in many details of the Continental Supersports. A double-layer red-edged and lined black rubber strap completes the look.

For the first time, a Breitling for Bentley chronograph features an electronic movement. The Bentley Supersports B55 features a new version of Breitling’s in-house B55 connected calibre, which is enriched with functions tailor-made for performance-minded individuals. In addition to the lap timer and electronic tachymeter, the B55 features three additional exclusive functions.

The ‘Chrono Rally’ setting can record up to 30 rally stages, complete with the departure date, the start time and duration of each stage – as well as intermediate times for each stage – while automatically adding in any penalties incurred.

‘Chrono Race’ mode is designed for track races and enables the wearer to record the split times for each lap and calculate the average lap speed. Finally, the ‘Regularity Rally’ function (useful in competitions in which the objective is to cover a given distance in a specified time) enables the wearer to predefine target times (or intermediate times) from the total, and then check at the press of a button whether these goals are being achieved.

A specially designed Breitling app has been created in order to allow owners to store and transmit all of the data recorded via a smartphone connection.

The connected chronograph features two ultra-legible LCD screens equipped with a backlighting system that can be activated by pressing the crown or by simply tilting the wrist.

Only 500 will be produced in this special Breitling for Bentley limited edition. 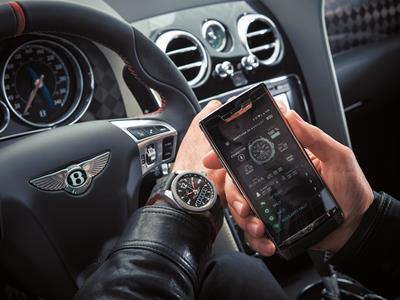 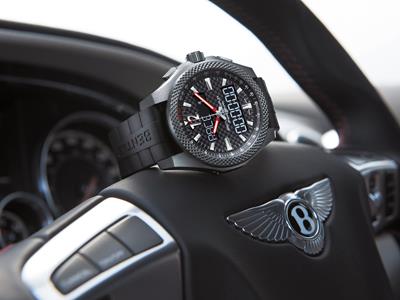 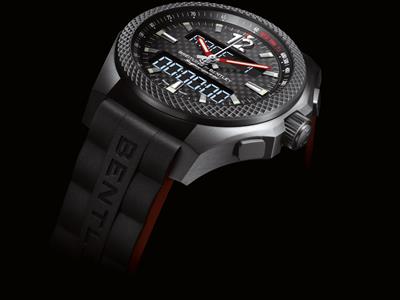 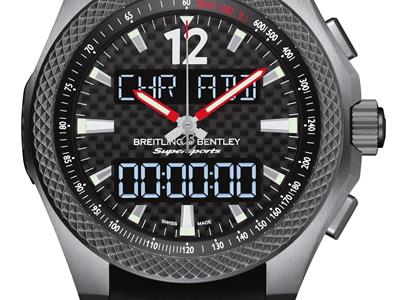