The 10th of July 2019 marked Bentley’s 100th year and this extraordinary milestone – reached by only a special few companies – cause for celebration of the company’s history, its global success today and its exciting future.

From modest beginnings, Bentley has moved from strength to strength – in a relentless pursuit of both luxury and performance. Earning its place within the racing world, Bentley’s victories at Le Mans in the 1920s echoed around the world, and returned once again in the 21st century.

Born in 1888, W.O. Bentley grew up as an engineer enthusiast. He despised the cars of the late 19th and early 20th century, considering them dangerous, unsophisticated and noisy, so it was no surprise to the people around him that W.O. turned his attention to building cars that would satisfy his own extraordinarily high expectations as a driver, an engineer and as a gentleman.

By October 1919 Bentley Motors was established and by September 1921 the first production Bentley left the factory and was proudly delivered to its owner, Noel van Raalte, costing him £1,050. The car carries Bentley's hallmark radiator casing and flying 'B' insignia.

The Bentleys of the 1920s are some of the most distinctive cars of the vintage era. W.O. Bentley became a fan of developing a racing engine; “I wanted to make a fast car, a good car: the best in its class…” which resulted in the creation of the first 3-litre, 85 bhp Bentley engine, providing speeds of 80 mph.

Numerous speed and endurance records were successfully set at Indianapolis, the Isle of Man and Brooklands. Not forgetting the legendary achievements of the Bentley Boys. Attaining victories at Le Mans in 1924, 1927, 1928, 1929 and 1930; where Bentley’s racing domination echoed around the motoring world.

The 1930s brought many challenges for the Bentley Marque. Despite Bentley’s racing records and new public acclaim, Bentley Motors was beset by financial difficulty and in 1931 Rolls-Royce stepped in to buy Bentley Motors.

Production moved to Derby where a new 3.5-litre ‘Silent Sports Car’ was produced, mixing the best attributes of both brands – agility with luxury, power with silence.

In 1930 Woolf Barnato (Bentley Managing Director, 1926-1931 and Le Mans winner, 1928 and 1929) made a £100 bet that he could reach London from Cannes before the Le Train Bleu travelled from Cannes to Calais. He was successful in his bet, beating the train with time to spare in his 6½-litre Speed Six saloon. With its low roof and dominant bonnet line, the Speed Six epitomizes the power, endurance and muscularity of the pre-war Bentley grand tourer. The design department at Crewe cites it as a key influence on today’s Bentleys.

The move to Crewe in 1946 after World War II provided access to a community of highly skilled engineers and mechanics who had migrated during the war to this busy industrial hub. With advanced technologies and a new approach to manufacturing, Bentley for the first time was able to build a motor car complete and ready to be driven to its limits. One of the first to be built not just as the standard chassis and coach-built body but as a Bentley was the Mark VI. The Crewe factory is now a place where the precision of the present meets the passion of the past.

The Crewe factory is now a place where the precision of the present meets the passion of the past.

The advancements that came with the move to Crewe in the 40s allowed for Bentley Motors to transform good cars into luxury, high performance grand tourers.

In 1952 the Bentley R-Type Continental made its debut, a Mulliner-bodied coupe with a top speed of just less than 120 mph. This made it the fastest four-seater car in the world and very quickly earned a reputation as the ultimate in high-speed luxury. It is the last Bentley to be built with no equivalent Rolls-Royce model for 30 years and three years later drop head coupe and sports saloon versions became available.

By 1957 Bentley had launched the new highly anticipated four-door Bentley Continental Flying Spur and the Bentley S2 was announced in 1959. It used an all-new 6.2-litre aluminium V8 engine, replacing the six-cylinder unit originally developed for Rolls-Royce models in the 1920s.

The 1960s brought continuous development to the Bentley Motors family. In 1965 the Bentley T series was launched and displayed for the first time at the Paris Motor Show, before it was renamed in 1971 to the Bentley Corniche and again in 1984 to become the Continental, as we know it today. Known for being gracious in its design and smooth in its performance, the T series was seen by Bentley enthusiasts as a revolution in the marque’s sporting heritage.

The 1970s is a landmark decade in the history of Bentley Motors. The founder, motor enthusiast and creator of one of the world’s most desirable high performance grand tourers, W.O. Bentley, dies aged 82 in August 1971.

During these parlous years, the association with Rolls-Royce and the coach building partners such as Mulliner was to leave an indelible mark of refined luxury in Bentley’s DNA, one W.O. himself would have approved of.

During the ‘70s, the famous V8 engine was re-engineered to increase the capacity to 6.75 litres – the size it has remained until the end of Mulsanne production in 2020.

The 1980s sees the Bentley identity developed and the beginning of the Bentley range and model line we know today. Bentley’s Le Mans heritage is echoed in the name of the new T series, the Mulsanne, benefiting from a new rear suspension design. By 1982 a high‑performance ‘Turbo’ Mulsanne is launched, capable of 0 to 60 mph in seven seconds and by 1985 the Mulsanne is developed once again to become the Turbo R, the fastest road‑going Bentley of the age. The Bentley Corniche is renamed the Continental in 1984 which is to become one of the bestselling models to date.

By 1989 half of the cars emerging from Crewe were Bentleys. Ten years after the introduction of the Mulsanne Turbo, Bentley began to outsell Rolls-Royce two-to-one.

The acquisition of Bentley by the Volkswagen Group in 1998 added resource, new technologies and even greater impetus to the momentum of the Bentley renaissance. It was announced Bentley and Rolls-Royce would be separate companies once again, after 67 years together. Volkswagen AG announced it would invest £500 million in the Bentley marque, its Crewe factory and the building of an all-new Bentley. This also substantiated Bentley’s intention to maintain a thoroughly British bloodline.

In the 1930s under Rolls-Royce ownership the Bentley wings were streamlined, straightened and given an equal number of feathers either side. The asymmetry of the logo was restored in 1990 and has again been revised continuously to ensure a contemporary feel to the identity of Bentley. The Bentley logo embodies the new values whilst respecting the past.

By 2001, Bentley relived its heritage with a return to competition at Le Mans, entering two EXP Speed 8s. The team finished third, bringing Bentley back to the podium for the first time in 71 years. In 2001 Bentley announced it will build the first bespoke design Bentley State Limousine, commissioned through Bentley Mulliner, for none other than HM The Queen on the occasion of her Golden Jubilee and the first Bentley to be used for state occasions.

2009 also marked a major milestone in Bentley’s history. In celebration of 90 years of Bentley Motors, the all-new Bentley Mulsanne, a formidable accumulation of 90 years’ experience, joins the range. The Bentley Mulsanne embraces the highest standard of modern technology, while remaining true to W.O. Bentley’s ambitions, carrying the traditions of craftsmanship and ultimate luxury forward into the future of Bentley.

In 2015, Bentley launched the Bentayga – the first luxury SUV and Bentley’s fourth model line. The Bentyaga was the fastest, most powerful, most luxurious and most exclusive SUV in the world.

The new Bentley Flying Spur was introduced in 2019, followed in early 2020 by the rarest two-door Bentley of the modern era, and the ultimate expression of two-seat, open-air luxury, the Bacalar. With just 12 examples of this striking, limited edition model being built, the Bacalar spearheaded a return to coachbuilding by Bentley Mulliner – the oldest coachbuilder in the world.

Also in 2020, and against the backdrop of a global pandemic, the company recorded its highest-ever sales figures. It was also the year Bentley announced its Beyond 100 strategy to be carbon neutral by 2030, with the entire model range switching to battery electric vehicles. 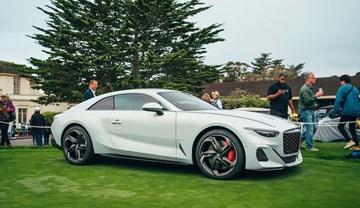 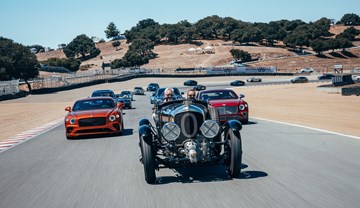 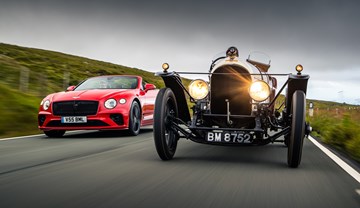 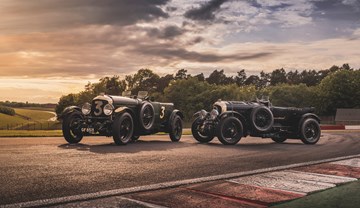 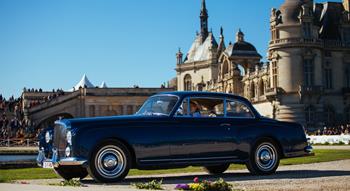 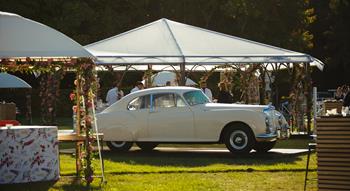 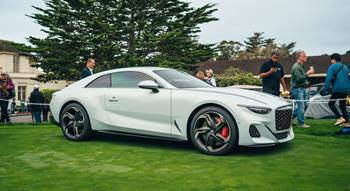 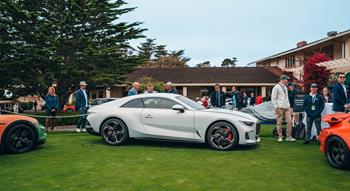 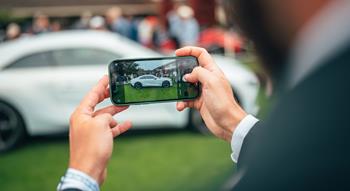 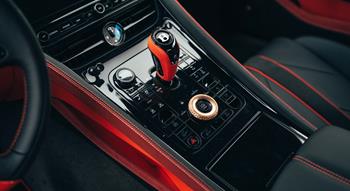 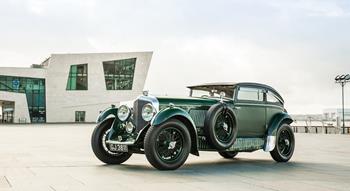 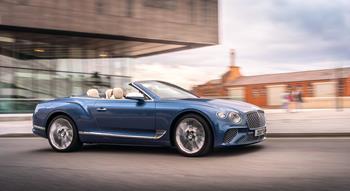 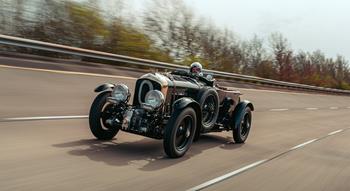 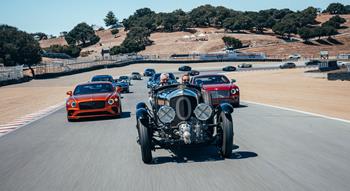