The Bentley Mark VI was the first car produced at Crewe, the first Bentley of the post-war era and the most popular model Bentley had ever produced. The Heritage Collection Mark VI is one of 241 saloons created by coachbuilders H.J. Mulliner.

Britain in 1946 was recovering from war and even those with money to spend preferred not to appear ostentatious. The Bentley Mark VI was perfect for the age, being as well-engineered as the equivalent Rolls-Royce but more understated. Closely based on the pre-war Mark V, it was offered with a factory-built Standard Steel body designed by J.P. Blatchley, who later became Bentley’s first design chief at Crewe. Sales of the Mark VI far outstripped those of any pre-war Bentley, with 4,001 examples produced, of which 3,171 were Standard Steel models.

The Mark VI was powered by a six cylinder 4,257cc B60 engine. Longevity was exceptional, engineers aiming at 100,000 miles (161,000km) without major overhaul. The production chassis was ready in February 1946; there was a press announcement in May at the Royal Ascot Hotel, and a complete car was ready for sale by September. Interiors were modelled on the pre-war coachbuilt Bentleys; the Mark VI was elegant and roomy with Connolly hide upholstery, walnut veneer facia and door trim and Wilton pile carpet. A major innovation was an improved interior heater and demister.

Three out of four Mark VI Bentleys produced were Standard Steel Saloons with bodywork by Pressed Steel at Cowley, but coachbuilders continued to produce alternatives including coupés, open tourers and even estates throughout the life of the model. The two-tone green and black Mark VI in the Heritage Collection is one of 241 coachbuilt four-door, six light saloons created by H.J. Mulliner. It was delivered in January 1950 to its first owner, William Lount of Alabastine Co Ltd. Its subsequent history includes a spell in Switzerland. It joined the Heritage Collection 2021. 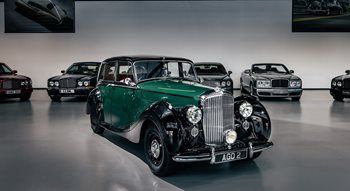 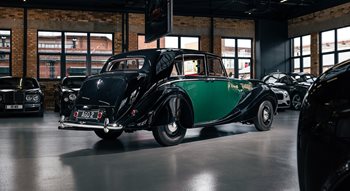 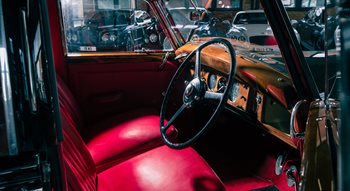 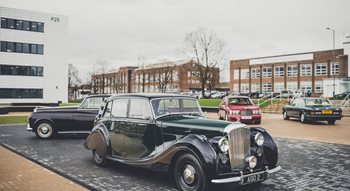