The Continental GT, launched in 2003, wasn’t simply the first new Bentley of the Volksawagen AG era. It was also arguably the first all-new Bentley since the original 3 Litre of 1919, with no components carried over from a previous generation. The car marked a revolution for Bentley and Crewe, propelling the company from a maker of less than 1,000 highly coachbuilt cars a year to close to ten times that figure, but without compromising Bentley’s reputation for craftmanship.

The term iconic is perhaps too cheaply used, but with the hindsight of two decades it’s clear that the Continental GT coupé has become Bentley’s modern-day iconic model. Designed by the Crewe studio under Design Director Dirk van Braeckel and Head of Interior Design Raul Pires, its lines held a hint of the 1952 R Type Continental – but the execution was all new. Twin round headlamps flanked a Bentley mesh grille, while the Bentley ‘powerline’ started low at the front, followed the shoulder line of the bonnet and door then curved upwards over a muscular rear haunch.

The new Bentley featured a 6.0-litre twin-turbo 48-valve W12 engine; in essence two narrow V6 engines on a common crankshaft. This design had multiple advantages; it was compact, so it could be mounted nearer the middle of the car, it was immensely smooth and it gave the new Bentley the high torque power characteristics of a natural grand tourer. With 550 bhp and 650 Nm, the Continental GT could accelerate from 0-62 mph in 4.8 seconds and top speed was a shade under 200mph. Power was distributed to all four wheels via a ZF six-speed automatic transmission.

The first-generation Continental GT stayed in production from 2003 until 2011, with closely related models such as the Continental GT Convertible, Continental Flying Spur, Continental GT Speed and Supersports joining the line-up during that span. It opened new markets for Bentley, including the Far East, as well as finding success and acclaim in more traditional markets such as the UK, US and Middle East.

Chassis VIN 20001 was the very first production Continental GT off the Crewe production line, a right-hand drive model in Cypress Green. Inside the hide colour is Saddle, and the wood veneer is Burr Walnut. It was built in December 2003 and has been in company ownership from day one. 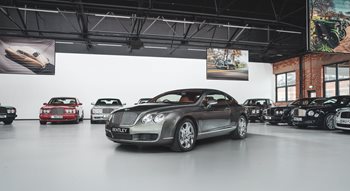 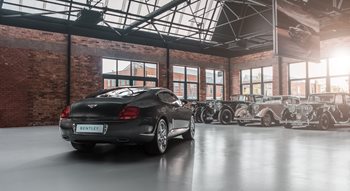 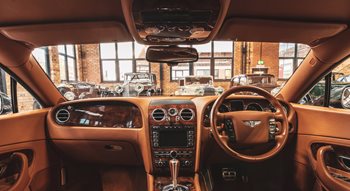