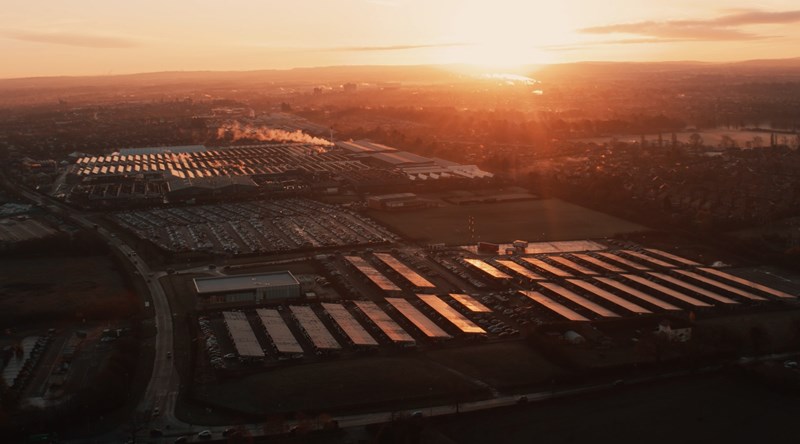 THE CRAFTING OF BENTAYGA SPEED - SHOWN FROM THE AIR

(Crewe, 15 January 2020) The handcrafting of Bentayga Speed is captured in a new film released today by Bentley Motors. Shot entirely at the Bentley factory in Crewe, England, the two-minute film contrasts the stunning 3.8-second 0-60 mph time of Bentayga Speed with the 127 working hours – 16 working days - it takes to craft each car by hand. Bentayga Speed is both the fastest SUV in the world, with a top speed of 190 mph, and the SUV with the highest number of hours committed to exceptional handcraftsmanship.

Covering all of the areas of Bentayga production at Crewe, the film celebrates Bentley’s status as the Centre of Excellence for Wood, Leather and 12-cylinder engine manufacture within the Volkswagen Group. The opening scenes in the Wood Shop show highlights of the 10 hours of processing required to turn raw leaves of sustainably sourced wood into finished veneer. Every sheet of wood within a completed car comes from the same tree, to ensure the pattern and colour through the car remain the same, and ages in the same way.

Transferring to the Trim Shop, the process of creating the interior cabin from exquisite leather hides is summarised. The dedicated team of craftspeople in the Trim Shop take just over eight hours to transform up to 14 bull hides - all of which are sustainably sourced as a by-product of the meat industry – into the interior of the Bentayga Speed. Bentayga Speed includes Alcantara across the interior, including areas of the seats and steering wheel – the first time this tactile material has been available on the Bentayga.

Also featured in the film are the 24 hours that each Bentayga body shell spends in the factory’s dedicated Paint Shop, where each customer’s car is painted in one of 87 Bentley shades - or in a bespoke colour commissioned by the customer and created from scratch by in-house specialists. Following sanding and sealing by hand, robots bring ultimate precision to the spraying of paint and lacquer, before the entire car is then polished to perfection by hand.

A brief overview of the Engine Line highlights the team of 30 people that takes 13.4 hours to assemble and test each W12 engine. 294 components come together to form the most advanced 12-cylinder engine in the world, that then produces 635 PS and 900 Nm of torque for the Bentayga Speed’s stunning 190 mph top speed and effortless acceleration.

The final sequence shows the Bentayga assembly line in Bentley’s Main Build Hall, where 230 Colleagues spend a total of 19 hours bringing the trim, wood, engine, powertrain and electrical systems together with the finished body before an extensive series of sign-off and quality checks that total between 50 and 650 points (depending on the specification of each car).

The film was captured entirely within the Bentley factory, in-part through the use of an incredibly agile racing drone. Mounted with a wide-angle camera and flown using a video feed to a pair of First-Person-View goggles, the drone was piloted through live production areas in what it believed to be a world first for an automotive factory.

The finished film is available on the Bentley Motors Newsroom (www.bentleymedia.com) and on Bentley’s YouTube channel here. 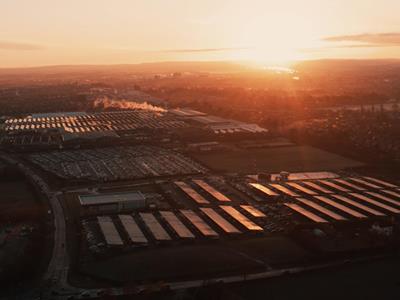 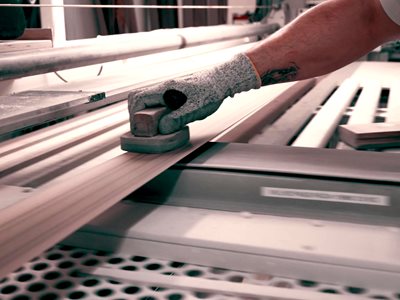