(Monterey, California, 18 August 2022) Bentley has opened a year of celebration of the centenary of the 24 Hours of Le Mans with a dynamic demonstration run of 2003-race-winning #7 Speed 8 at WeatherTech Raceway Laguna Seca in California. Opening Bentley’s Monterey Car Week programme, the Speed 8 ran at speed in the USA for the first time since the 2003 12 Hours of Sebring, where it set the fastest lap and ultimately placed third.

Before the Speed 8 took to the track, a rally of more than 30 modern Bentleys arrived at Laguna Seca having driven up from Los Angeles. Bentley customers and VIP guests took the beautiful Pacific Coast Highway route over two days of relaxed driving, in a range of cars from a beautiful Azure convertible to examples of every car in Bentley’s current model range.

The cavalcade of Bentleys completed a parade lap of Laguna Seca on arrival, led by the first car in Bentley Mulliner’s Blower Continuation Series – Blower Car Zero – expertly driven by Bentley’s Chairman and Chief Executive, Adrian Hallmark. The Blower was then joined on-track by the Speed 8, for a dynamic meeting of two cars representing the long-standing connection between Bentley Motors and the 24 Hours of Le Mans.

The Speed 8 then showed its still-extraordinary performance, completing several laps of Laguna Seca at race pace while Bentley guests and gathered crowds watched on.

The #7 Speed 8 remains in Monterey for the rest of Car Week, appearing with Bentley at The Quail, A Motorsports Gathering on Friday 19th and at Bentley’s famed Signature Party for the launch of the Bentley Mulliner Batur on the evening of Saturday 20th.

Bentley and the 24 Hours of Le Mans

Bentley has been racing since 1919 – the year of the company’s birth. In the decades that have followed its first race, Bentley has forged a formidable reputation on the racetracks of the world, thanks to a combination of visionary engineering and the courage of the men and women who take the wheel.

Bentley has a history with Le Mans that’s as old as the race itself. W.O. Bentley was present at the race’s first running in 1923, as was a lone Bentley 3 Litre, privately entered and driven by Capt John Duff and Frank Clement. It was the only British car in the 20-strong field, but finished fourth and set the lap record, at an average speed of nearly 70 mph.

W.O. went through something of a transformative experience at the race. Before the event, he remarked “I think the whole thing’s crazy. Nobody’ll finish. Cars aren’t designed to stand that sort of strain for twenty-four hours.” However, in his autobiography, he noted that “By midnight…I was quite certain that this was the best race I had ever seen.”

The following year, Bentley returned – this time with factory-supported cars - and won. It marked the beginning of a glorious decade – one in which W.O. and his drivers, would come to dominate Le Mans, winning five times between 1924 and 1930:

Bentley returned to Le Mans with a three-year race programme in 2001, with the EXP Speed 8 prototype. The car stunned the competition by finishing on the podium in its debut year, driven by Andy Wallace, Butch Leitzinger and Eric van de Poele. The car just missed out in 2002, finishing fourth.

For 2003, the car was completely redesigned, and rechristened simply as the Bentley Speed 8. Two cars took to Le Mans that year – and dominated. The #7 car, driven by Guy Smith, Tom Kristensen and Rinaldo Capello started from pole position and went on to win the race, two laps ahead of the #8 Speed 8 piloted by Mark Blundell, David Brabham and Johnny Herbert, which finished second.

The 2003 victory was Bentley’s sixth – a tally that means Bentley is still the fifth most successful manufacturer at the world’s most demanding endurance race. 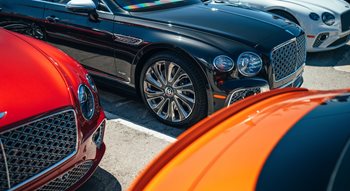 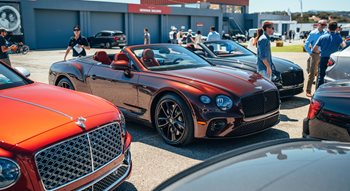 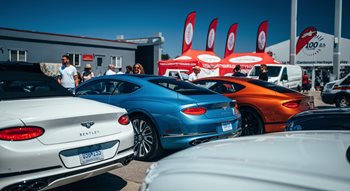 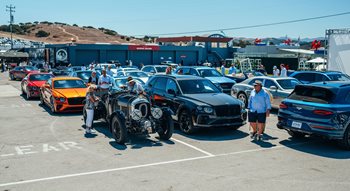 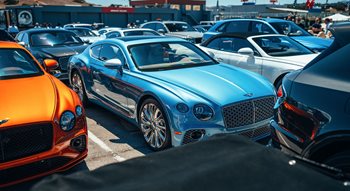 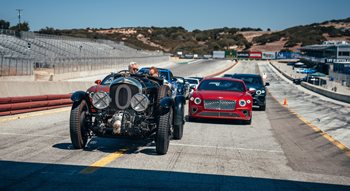 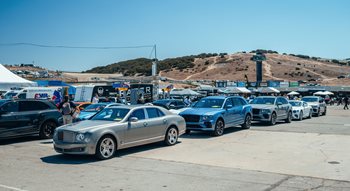 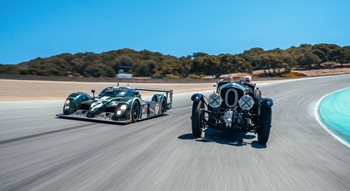