(Crewe, 15 November, 2019) Bentley is celebrating the 60th anniversary of its venerable V8, the longest serving engine of its type in production. Originally fitted to the S2 model of 1959, the lasting appeal of the Bentley engine is proven by its continued application today in the luxurious Mulsanne limousine.

The V8 of this engine with 35,898 produced from 1959 Designed, engineered and hand-built in Crewe, England, the latest twin-turbo version of the Bentley 6¾-litre V8 engine requires 15 hours of skilled craftsmanship to build. However, whilst every part of the original S2 engine has been re-engineered over the decades, the basic principles and dimensions that have defined the engine for the last 60 years remain the same.

Dr Werner Tietz, Member of the Board, Engineering at Bentley Motors, said: ‘The original V8 was designed to deliver a step-change in performance, along with smoothness, reliability and refinement. The engine was tested over hundreds of thousands of miles in the toughest conditions, as well as at full throttle for 500 hours. The success of Bentley’s acclaimed 6¾-litre V8 today in the Mulsanne owes much to that ethos.”

The 6¾-litre V8 defined, and still delivers, the traditional Bentley ‘wave of torque’, unstressed performance and exceptional refinement and efficiency. It remains the beating heart of every flagship built over the last 60 years.

The original V8 engine had to be redesigned to fit into the new Bentley T-Series cars introduced for 1965. The engine design team focussed on improving performance, while reducing the overall engine dimensions to fit the space available under a lowered bonnet.

Engine capacity was increased to the eponymous 6¾-litres in 1971 through an increase in stroke from 3.6 to 3.9 inches the delivered even more torque.

The arrival of the first Bentley Mulsanne in 1980 required major changes to the V8, not least the need for stricter emission controls and improved passenger safety in the event of a front-end impact. The latter included a collapsible water pump, which effectively shortened the engine by four inches (10.1 cm).

The biggest single change to the engine was for the launch of the Mulsanne Turbo. With the fitment of a large single turbocharger, the 6¾-litre engine become the first forced-induction Bentley engine since those that powered Tim Birkin’s Blower Bentleys of the 1920s. Power and torque made a step change, and the single turbo setup was eventually replaced by a twin-turbo design. Fuel injection, variable valve timing and cylinder deactivation have all been engineered-in to the engine since. Power slowly climbed to levels above 500 bhp, while torque figures rose to exceed 1,000 Nm – for a time, the L-series V8 made more torque than any other automotive engine in the world.

The beating heart of every Bentley is the engine and each one is handcrafted in Crewe, England. Every component of the current 6¾-litre twin-turbo V8 in the Mulsanne limousine is selected and installed by a small team of dedicated engine technicians.

The key internal components are individually chosen to form a matching, balanced set so that the engine runs perfectly smoothly – a skill that takes years to perfect. Once completed, and after thorough testing, the engine is signed off by one of Bentley’s engine specialists, as it has been for decades.

Bentley also uses a smaller, 4.0-litre V8 engine in the Continental GT and Bentayga models. The twin-turbo is distinguished by a characterful, burbling exhaust note and develops 542 bhp (550 PS) and 568 lb.ft (770 Nm) of torque. 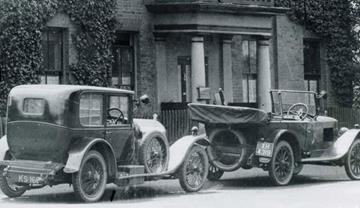 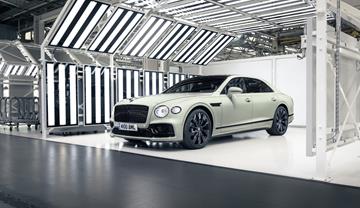 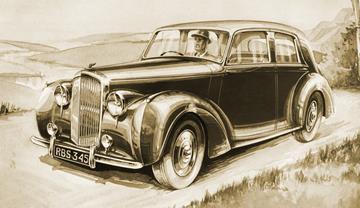