(Crewe, 7 May 2019) Bentley has created a truly unique Continental GT Convertible Bavaria Edition by Mulliner, inspired by the beauty of the Bavarian region, and designed by Stefan Sielaff, Bentley’s Director of Design.

This one of a kind GT Convertible, in Bentley’s centenary year, incorporates a number of distinctive features into the world’s most luxurious Grand Tourer. Just one single example will be handbuilt by Mulliner in Crewe, England, and officially presented in an exclusive event at Bentley’s Munich retailer.

Finishing this uniquely crafted interior is a Mulliner Glacier White painted dual veneer with an Imperial Blue hide. There is also Linen contrast stitching and piping and Linen overmat binding and stitching to perfect this exclusive Continental GT Convertible Bavaria Edition by Mulliner. 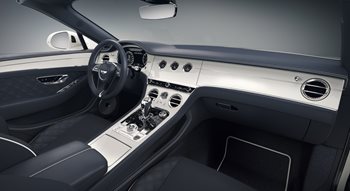 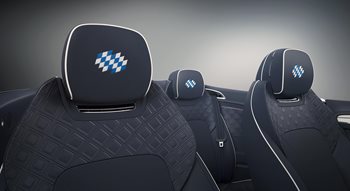